A Short Insight to the Rich History of Home Theater 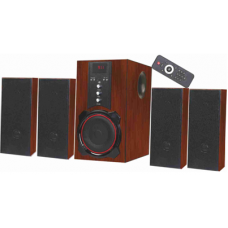 Traditional home theater setups include two speakers placed in front of an audience to the left and to the right to try and simulate all the special and directional sound that we hear in a real-world situation.  For obvious reasons, there are limitations to this kind of setup. According to some experts, at least 3 channels will be needed to covey a reasonable simulation of a musical sound that will be two channels at the left and right and one channel in the middle.

As the movie industry evolved during the 50's and 60's, audiences became more and more approachable towards a multi-channel experience in movie theaters. During that time the movie industry realizes that the more theater they'll add, the better the audience response and enjoyment they will get.  And the more the visual experience gets complimented by a real-life experience, the more successful the end result.  As an outcome of this, speakers were added behind the real audience for the more ambient sound and also on the left and right that were used for music.

It just a decade that home theater marks their existence in the day to day life of humans. Today, you’ll find a set of home theater in almost everyone's living room and to some extent and it is still improving dramatically. The famous Dolby Surround was brought in the 1980's, with four channels, and today we have Dolby Digital 5.1-channel sound on all newly released DVDs. That's six separate channels of sound left and right front main channels, a center channel speaker for dialogues to anchor the voices at your TV screen irrespective of your sitting position, and two left and right surround speakers at the sides of your listening area for that ambient environmental sounds, and the last is a deep bass subwoofer channel. The subwoofer is the 0.1 in 7.1 that provide heavy bass effects such as thunder and vibration.
Posted by Mahesh at 19:35